Got a few more test shirts in yesterday. There were even some women's black T-shirts in the shipment, like the one on the screen right side of this picture. I'm pretty happy with the quality and look, but they are fairly expensive to make, especially because they have printing on both the front and the back. Turns out, all the dark shirts are expensive, although they are also the most popular whenever I ask for people's opinions. If I'm going to make a decent number of shirts for promotional give-aways, I've realized I will most likely have to create a one-sided white shirt option. So, I put this one together:

I've ordered two of these in different price brackets to see which one works out the best. The cheaper of the two is about half the price of a dark t-shirt, which would mean I could print double the number. Of course, double the number of shirts doesn't help if people don't want to wear them, so there's that. I still think it would be ideal to find some local t-shirt printing shop where I could check the quality of a single shirt without having to wait a couple of weeks in between ordering and getting the shirt. I hate waiting for the shirts to show up--especially when they don't turn out well. Then it's a waste of both time and money. Oh well, time to do some more T-shirt research.

In other news, I haven't heard back from anyone else on the Blurbquest front. Bruce Campbell and Eric Idle haven't responded yet. I didn't really expect to hear anything back so quickly, but that doesn't make waiting any easier. I'm not very good at waiting. I find it tiring and depressing. As I think about it now, I guess maybe I should have picked a different theater of endeavor. Being a writer generally seems to involve a lot of waiting.

I still haven't managed to find contact info for Terry Jones yet, and I haven't gotten my act together enough to get the snail mail requests written and sent off to They Might Be Giants and Kurt Russell, or to draft up a blurb request for David Wong. 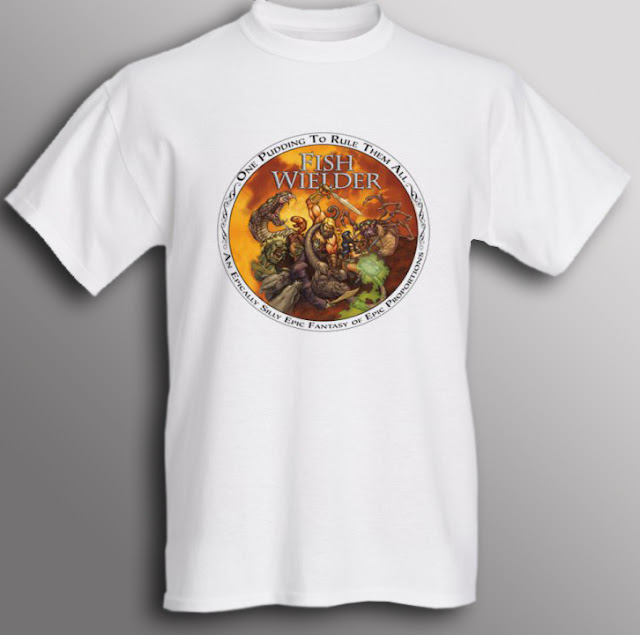